Share this:
by admin in 5 Star, Private Game Researve 0 comments

Kirkmans is accessible via scheduled flights from OR Thambo International airport to the local Scakuza airport.

Kirkmans is also accessible via road.  In the dry it would be reachable with an ordinary sedan however in wet conditions or if the area has experienced a lot of rain it is only accessible with a 4x4 vehicle.

We would not recommend traveling to Kirkmans by road in a non-4x4 vehicle. 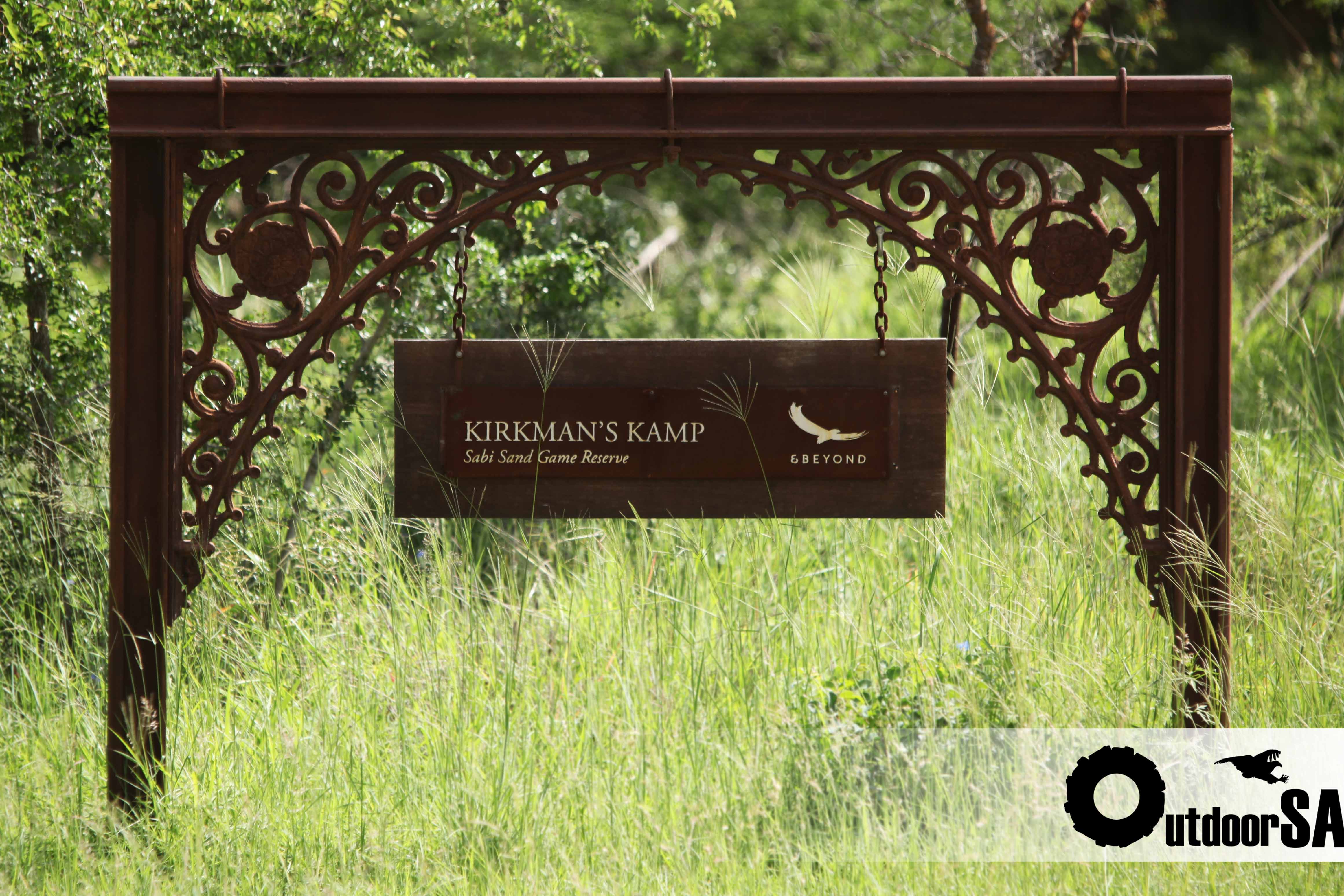 Situated in the idyllic and iconic Sabi Sands Game Reserve adjacent to the Kruger National Park, Kirkmans Kamp, operated by “andBeyond”, takes the visitor back to the days of timeless luxury and colonial elegance, without losing its very raison d’etre – affording guests the opportunity to experience game viewing at its best.

The Sabi Sands Game Reserve is one of the oldest and most established reserves in South Africa flanked by the Sabi River and the Sand River on two of its borders. Natural borders are all that prevent game from roaming freely over this magnificent bushveld, the fences of previous landowners thankfully having been removed many years ago.

Planning a holiday in the height of the South African summer has its weather challenges and Mother Nature did not let us down. In the days prior to our visit heavy rainfall resulted in deep flowing rivers and, unknown to us, previously dry river beds were transformed into gushing tributaries. We set off from Johannesburg, somewhat concerned about the natural obstacles that lay ahead which could have prevented us from reaching Kirkmans, but these fears were quickly allayed by the professional approach of the management who assisted in arranging a change of vehicle at the Avis Car Hire outlet at Mpumalanga International Airport and stayed in contact with us the entire journey with weather updates and route changes.

We navigated the muddy and wet terrain and reached the scheduled Shaw’s Gate safely, to be met by the welcome sight of Brendan, the Manager of Kirkmans Kamp, and Sean, our game ranger, patiently awaiting our arrival. We travelled in convoy to Kirkman’s, with the land rover leading the way in traversing the deep rivers and rough sandy paths, and the stresses of the city slipped away with each kilometre we completed and each breath of fresh bushveld air that filled our lungs. 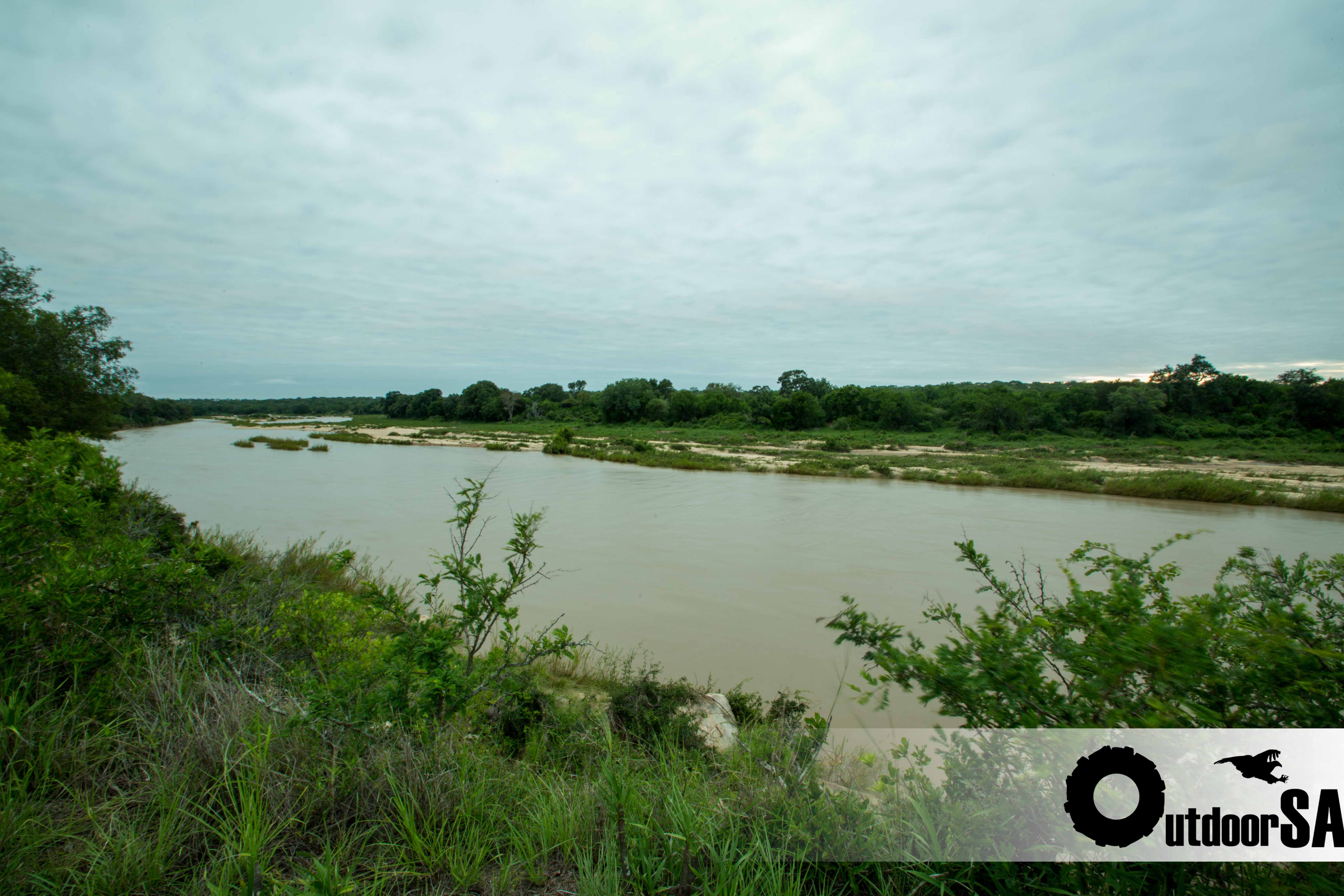 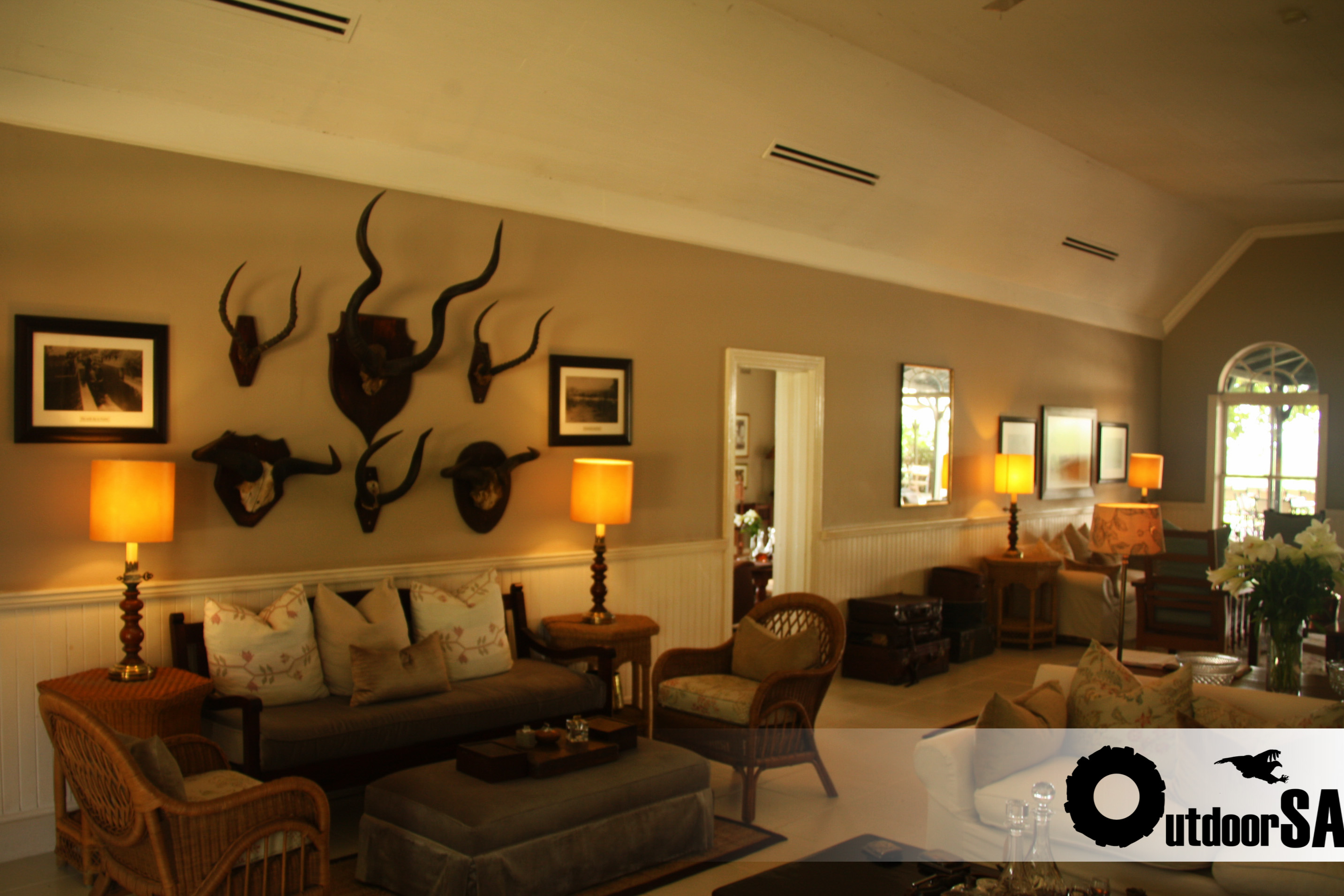 As we pulled up to the reception, we were met by a welcoming committee of staff, armed with hot face cloths and reassuring smiles and no effort was spared to make us feel immediately at home and most welcome. Our bags were magically transported to our rooms while we sipped refreshing homemade lemonade. Despite our weather-induced late arrival, which was well after lunch time, the staff scurried around and provided a delicious light lunch and we encountered for the first time a character bearing the unlikely name of “Friday” (which in any event is our favourite day of the week). Larger than life, with a sense of humour and a memory for names, preferences and dislikes, Friday took care of our every food and drink whim, often anticipating precisely what we would order and having everything ready for us as we disembarked after yet another wonderful game extravaganza.

Paradoxically the colonial splendor of the lodge merges seamlessly with the natural flora and fauna of the surroundings and a sense of tranquility abounds. The lodge is not fenced and herein lies a further unexpected aspect to the game viewing experience, with diurnal visitors to the lodge including a massive elephant bull who ambled up to reception and two majestic male lions in pursuit of their hunting female companion, while nocturnal visitors included a genet enjoying the insects attracted to the night light next to our suite. At night it is mandatory that you are accompanied by camp staff when you leave the safety of your suite and those walks were often quite eventful, leaving us with no doubt that the animals owned the land and we were simply visitors.

The suites are beautifully appointed with every comfort catered for, yet retaining the look and feel of a bygone era. With sweeping views of the Sand River and pristine bush from your private verandah, the opportunity for game viewing from your suite is in itself quite an experience. We were able to enjoy sightings of the animals coming down to drink at the river and grazing on the river bank while languishing in the deep shade of our verandah in total relaxation. Housekeeping was attended to three times a day - at least - and was discrete and efficient, with great emphasis on privacy and comfort. 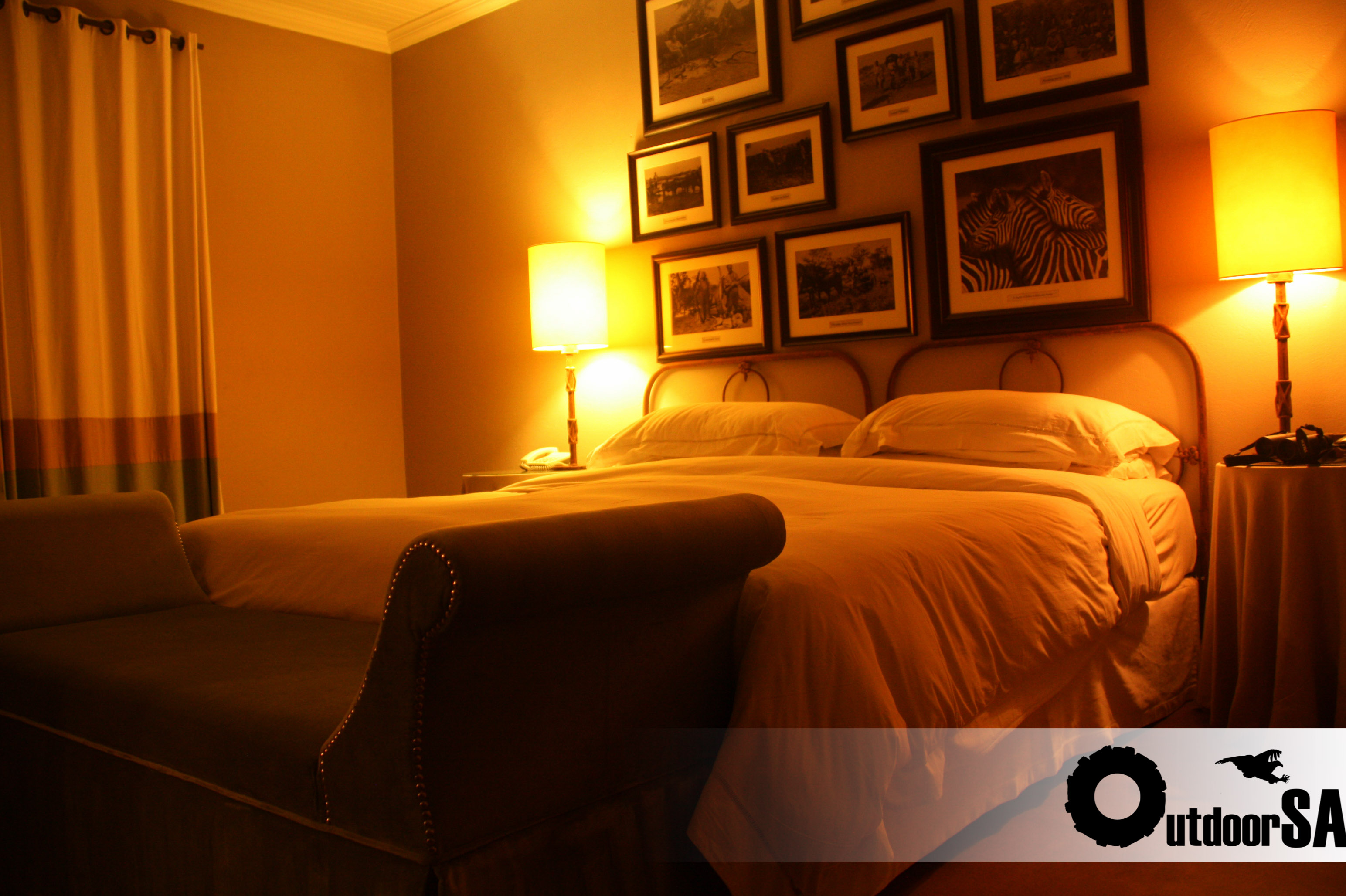 Every meal was an adventure and delight for the palette. Breakfasts eaten after the return from your early morning game drive offer a full range of fruits, cereals, yogurts and other cold delights. If you didn’t feel like something sweet you could opt for a continental breakfast with croissants filled with ham (sliced at your request) and an array of cheeses and other delights.

A full and varied cooked breakfast was on offer with orders ranging from omelettes to eggs benedict, and nothing was too much trouble – whether on the menu or not.

At lunch time, the emphasis was on fresh chilled soups, tasty salads, and deserts and cheeses that tantalized the taste buds. Dinners were an event and included an array of meats such as warthog, ostrich, duck, kudu, springbok, beef fillet and lamb. The vegetarians were equally well catered for although travelling with a family of carnivores we had little opportunity to properly sample the vegetarian options.

Despite the comfort of the rooms and the tastiness of the meals, one does not lose sight of the fact that the trip is all about the game viewing and we were all ready for the first 5.00 am wakeup call from our ranger, and did not linger over the morning coffee and biscuits on offer. The relationship between a ranger and the guests can make or break a trip such as this, and there is no doubt that at Kirkman’s the former is the case. We were definitely in good hands! Sean and his tracker Elvis left no stone unturned to pursue the game we wished to track, and went to great lengths to ensure that position and lighting was optimized for the sake of the ardent photographers on board.

The jewel in the crown of Kirkman’s and the greater Sabi reserve is the opportunity to view the elusive leopard in all its glory. The unique partnership between the ranger and the tracker ensured that we were successful in this regard and we spent precious quality time experiencing these exquisite creatures up close and personal. Our very first sighting was of Scotia, a mature female, whose two cubs were partially concealed in a tree guarding their kill. She was patrolling the foot of the tree guarding them against four very interested Hyenas who had caught a whiff of the kill and were intent on enjoying its spoils. Seeing a leopard is special, but watching the interaction between the leopard and hyenas was quite simply breath taking and we left the sighting in awe – only to encounter a pride of lions with four adorable lion cubs, frolicking in the sandy open area a few kilometres further.

A trip such as this is not just enjoyable, it is also educational, and the team went to great lengths to ensure that we did not simply “tick off” the Big Five, but rather experienced the behaviour and character of the animal at a sighting. We were interested to learn that some of the territorial animals were named, such as the Charleston Coalition, a pair of male lions who had teamed up, and their efforts to cross the raging Sand River made interesting sightings and great photographic opportunities.

There is something majestic about an elephant sighting, particularly a large breeding herd, but nothing prepared us for the devastating moment of witnessing a mother elephant giving birth to her baby which was stillborn. We shared her grief as she stood over her baby for ages, nudging it gently, willing it to move, and finally resigning herself to the fact that it had not survived. Our hearts bled for her as we watched her slowly scattering sand over the limp and lifeless baby, covering it up until it was buried, in a pathetic attempt to protect it from scavengers – a mother in all her glory.

The vast distances that wild dogs travel make viewing them a great challenge. Imagine our delight when we encountered the Toulon pack, a large group of wild dog, as they woke to face the day. Puppy squeals, licks and cute dog stretches were soon forgotten when we watched these efficient predators set off on a hunt, winding their way through the bush in pursuit of breakfast.

No two game drives were the same and the sightings continued to thrill and amaze us during our four night stay – as we enjoyed rhino, numerous species of antelope, buffalo, hippo, zebra and giraffe, the small mammals such as scrub hare, tree squirrels, dwarf mongoose, and of course an abundance of bird life that left us speechless, including a martial eagle feeding off its baby Impala kill while the Impala mother bleated pathetically from a few metres off.

Our amazing ranger Sean, a qualified and experienced photojournalist, ensured that we were always placed in the best possible position to obtain the ‘shot’ while ensuring respect and care for both the animals and the other folk out on the game drives. 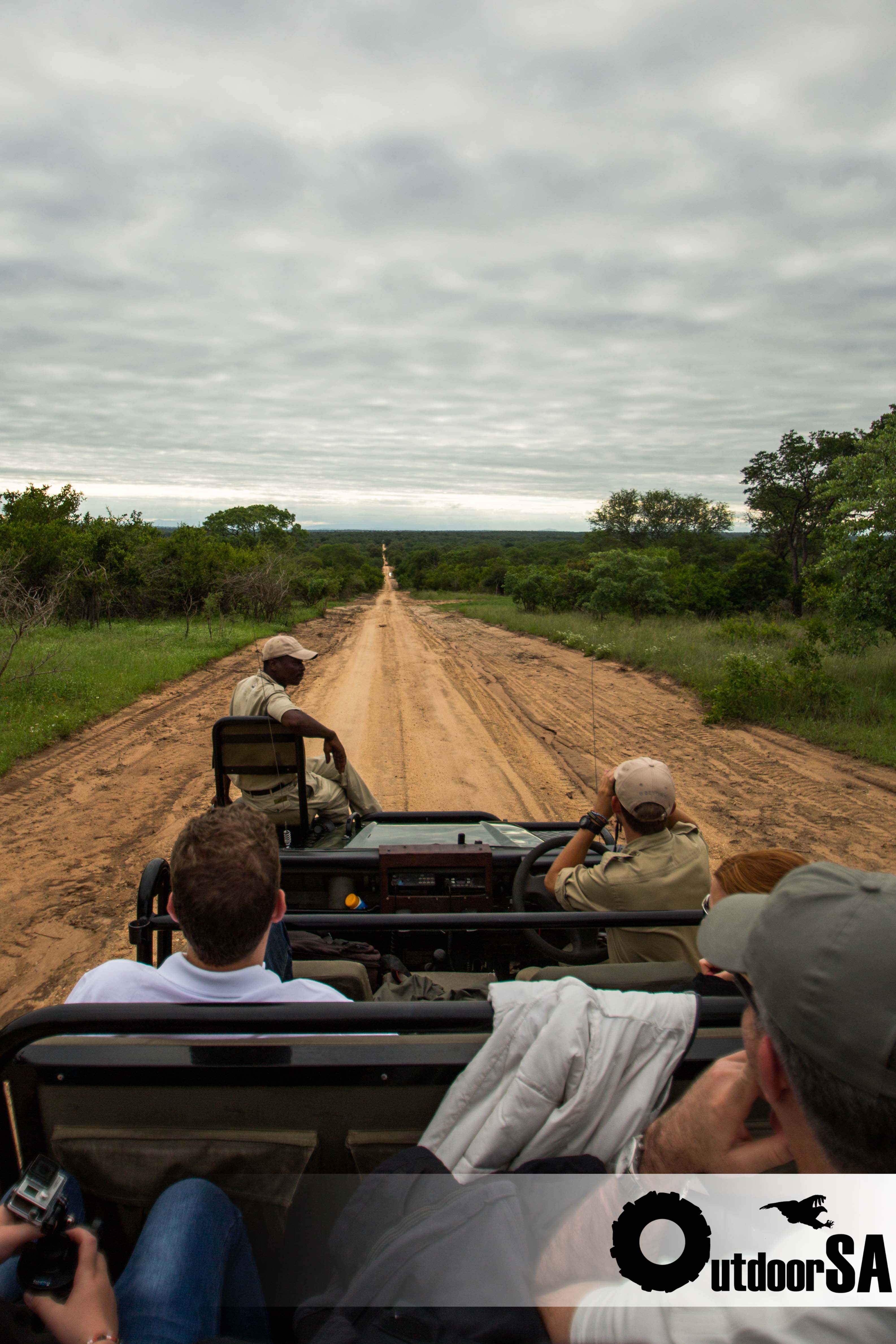 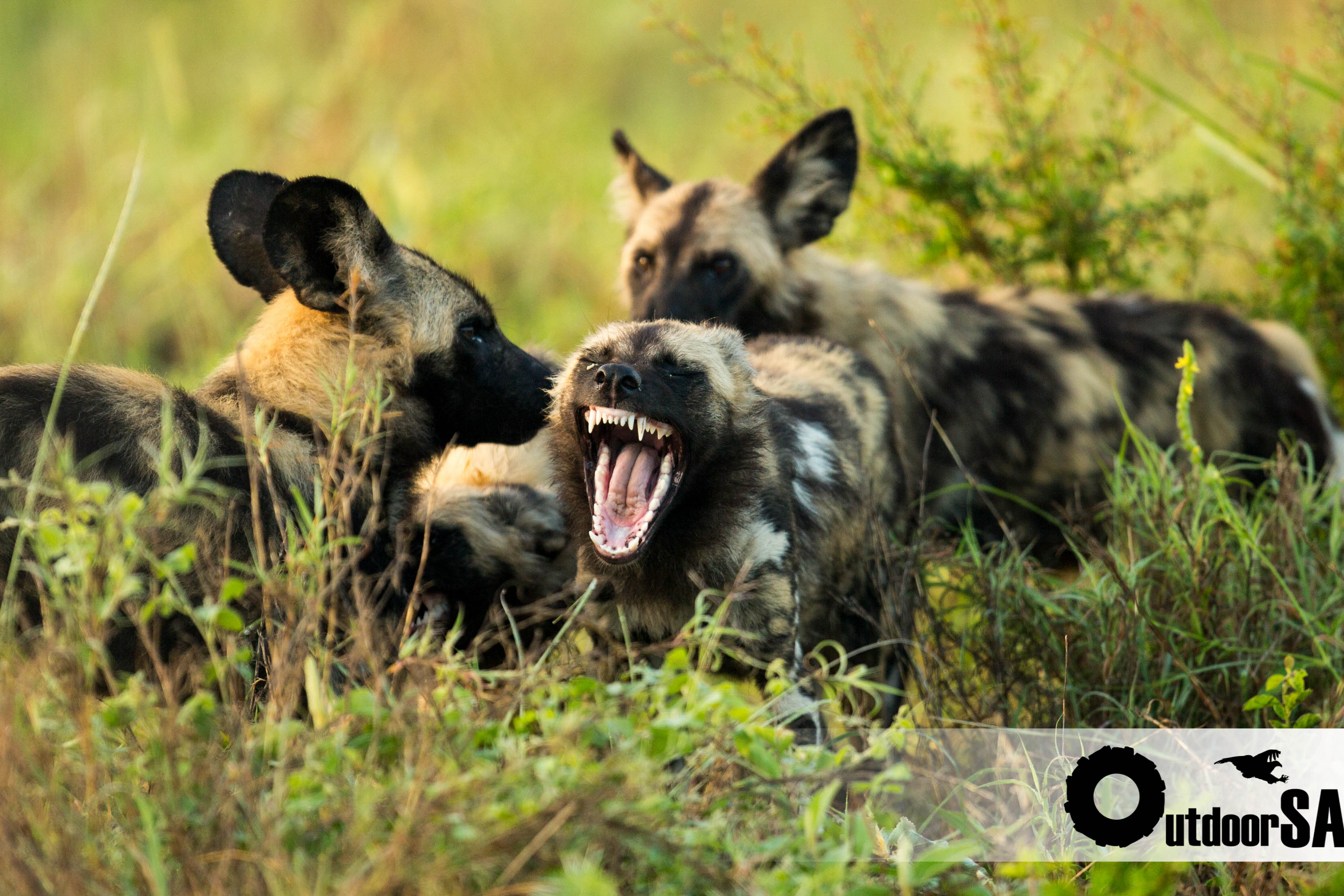 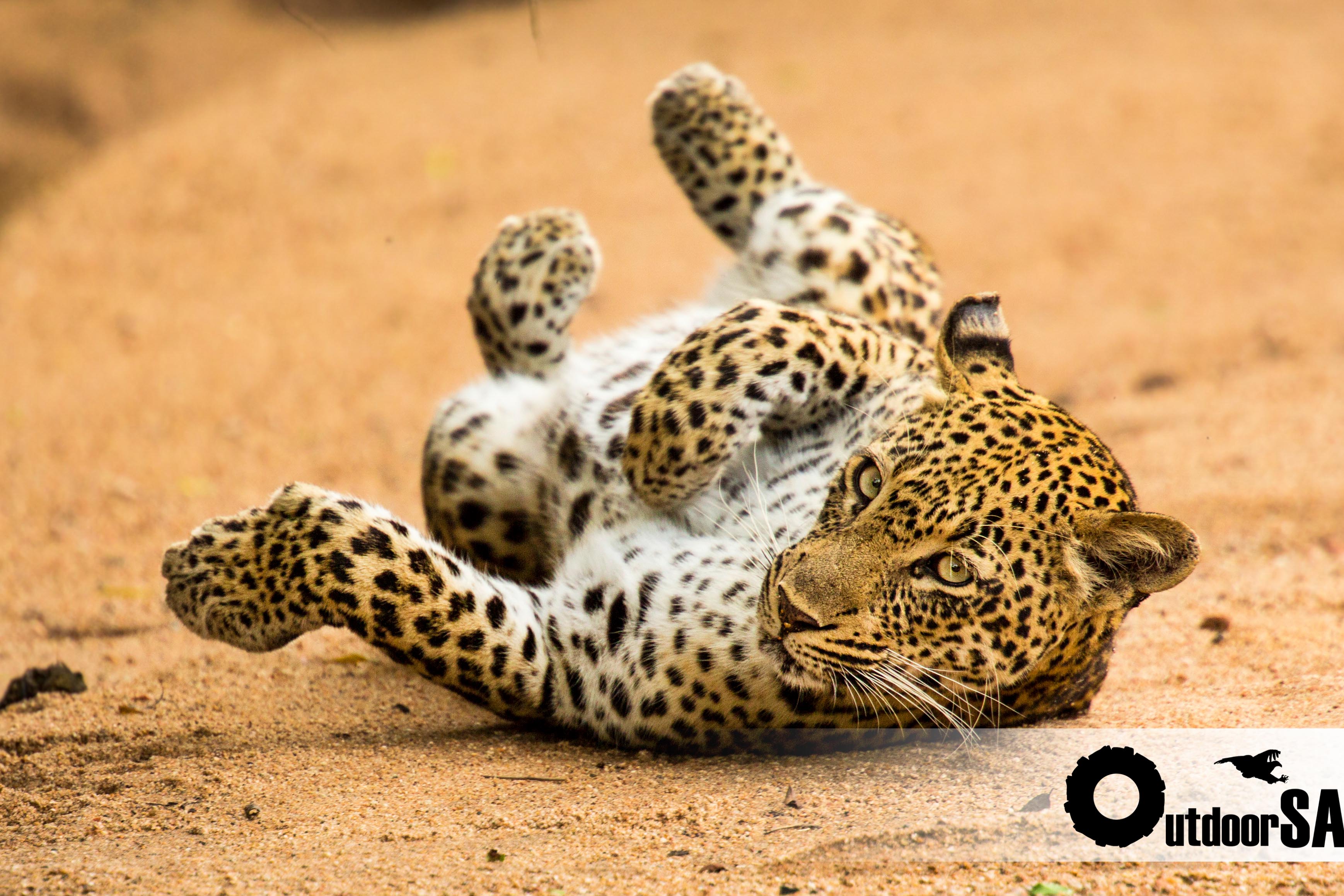 Just when we thought that we had experienced all the lodge, bush and reserve had to offer, New Year’s Eve was celebrated in a fashion no city experience can match. Winding down from an evening game drive, we sat on the bank of the Sand River and sipped champagne and snacked on canapés while we watched a herd of elephants crossing further downstream. As the sun set on 2014 and a magical glow filled the sky, the lanterns set up by the staff were lit and it is difficult to imagine a more perfect way to bid farewell to a year - truly a memory that will remain etched in our hearts forever.

Would we return? In a heartbeat!