A Father’s Day gift of two nights at Phinda Forest Lodge certainly beat the usual “socks and jocks” gift and it was with much anticipation that I headed onto the N2 with my bush gear and a pile of photographic equipment – oh yes and the family in the passenger seats! Having been fortunate to visit Phinda Private Game Reserve on a few occasions previously, although not at Forest Lodge, I was interested to ascertain whether this Lodge would meet up to the standards of my previous Phinda experiences.Forest Lodge is situated in the Northern section of the reserve and accordingly access to the Reserve via the town of Hluhluwe is the recommended route – which I endorse. We were met at the entrance with a courteous greeting from the security guard and there was no hesitation on his part in dealing with our names on his list – leaving us with no doubt that our arrival was both expected and welcomed

It occurred to me what an underrated aspect of a guest’s experience this greeting is, because it really sets the tone for one’s visit. Feeling as if we were the most important guests that Phinda was expecting that day, we headed off, winding down the windows of the vehicle to breathe in the scent of the bush. Forest Lodge is located in the middle of the Sand Forest, a unique ecological phenomenon that exists within the greater Phinda Reserve, protected in part and unobtrusively by strands of electric fencing designed to discourage the elephants from destroying the fragile ecosystem. Welcome home” was the warm and inviting reception we received as we emerged from our vehicle at the Lodge, and while we enjoyed welcome drinks, our bags were whisked away to our respective rooms, leaving us to wander at our leisure through to the main dining and lounge deck to enjoy a sumptuous lunch.

The Lodge and the Suites

The Lodge comprises an open plan lounge and dining room area that leads onto an expansive deck overlooking a busy watering hole. Adjacent to the lodge is an attractive boma which appears to have been refurbished relatively recently. Breakfast, lunch and dinner are served on the deck allowing you the opportunity to enjoy the mouthwatering delicacies on offer while watching the various animals coming down to drink. We also experienced dinner in the boma on one of the nights. A boma dinner is seldom a disappointment – there is something magical about enjoying freshly prepared food while sitting next to a fire under an African sky - and this was no exception. The head chef, introduced to us as Ian, and ably assisted by Sam, together with the rest of the team produced world class fare for even the fussiest guest’s palate. The warm, freshly baked rolls served in earthenware pots were a highlight accompanying lunch and dinner – not good for anyone on a Banting diet but as this was not our concern we didn’t hold back. Special touches produced by the team included a drinks break on one of the evening drives when we stopped in a clearing to discover an ice bucket hanging from a tree with our favorite wine cooling and bread sticks, spicy dips and biltong snacks alongside. 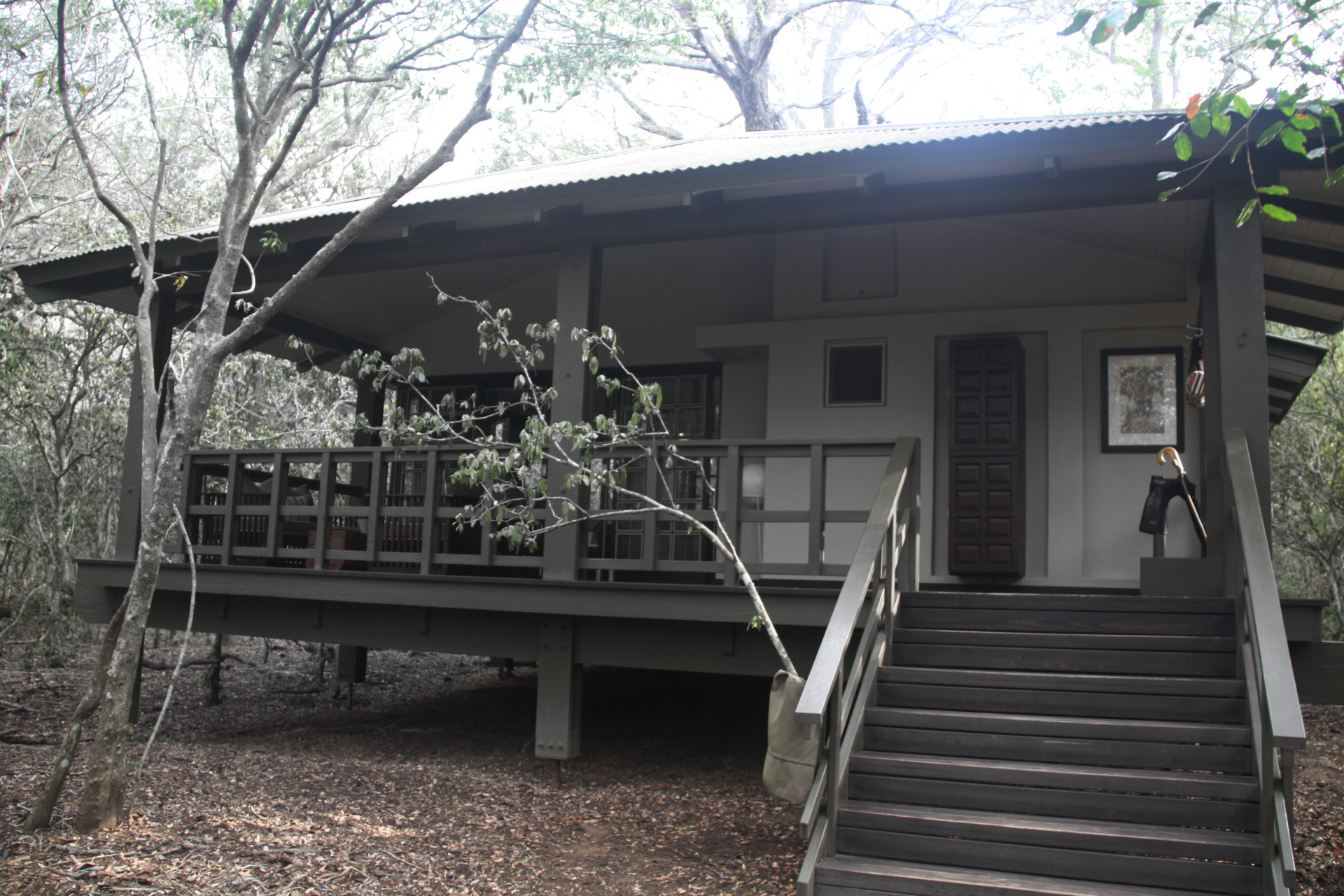 The suites are located within the sand forest and are constructed in a truly unique style, quite “Zen like”, and primarily of glass and minimal concrete, allowing guests to feel as if they are actually in the forest, blending into the surroundings, and welcoming the forest into the suite. With a 360 degree vista of your surrounds, you are filled with a sense of calm and serenity far removed from the rigors of everyday life. Languishing on a massive king size bed and enveloped by percale linen, I watched nyala, bush buck and duiker grazing outside my suite, oblivious to my presence less than a metre away. No sacrifice of any of the modern “necessities” is required - cell phone reception is available and free Wi-Fi is included in the suites. Movement to and from your suites during the day is unrestricted, but at night with predators on the prowl, it is crucial that you walk with a guard.

In winter, the wakeup call for your morning drive is at six for a six thirty start. The usual fresh coffee, hot chocolate and tea and biscuits are on offer. We were provided with a hot water-bottle – a nice touch – and a blanket, and armed with cameras, lenses of all magnitudes and binoculars, we set off to discover what delights the bush had to offer. Believing that if you are patient, the bush will never fail to delight, astound and reward you, this was found to be true of all of our drives. We were fortunate to have as a ranger Mark L (who normally drives out of Homestead and is one of the senior Phinda Rangers) and Dan as tracker. Our ranger quickly assessed what type of guest we are and instead of feverishly pursuing the “big five”, he gave us quality time at sightings, such as allowing us to observe a solitary male bull elephant whose curiosity led him up close to our vehicle, trunk extended to the back row of seats as he sniffed inquiringly. Time stood still for a few seconds and then as calmly as he stood watching us, he turned aside and disappeared into the bush.

Phinda is renowned for its cheetah sightings and once again we were not disappointed, having close sightings of a female and her cubs, frolicking in the long grass, their distinctive white fluffy fur making us doubt the awesome hunters they will become. As if on cue a nyala appeared in the nearby thicket and we watched the cheetah mother stalk the antelope, and in an instant take off out of sight in hot pursuit. Renowned for their speed over short distances she was gone in a flash. We caught up with her after the slaying had occurred, and witnessed her shrill bird-like call as she summonsed her cubs to the kill.

Other sightings included a myriad of birds, interesting lion interaction, wonderful rhino, bush babies and a rather lazy male leopard who was so relaxed in our presence he could scarcely raise his head from his slumber.

As the sun sets over the bush veld, the evening drive takes on an entirely different feel from what one experiences during the day. The bush comes alive at night with a host of nocturnal creatures not seen during the day - Night jars warming themselves on the road, owls hooting in the trees and bush babies wailing plaintively all add to the nocturnal experience 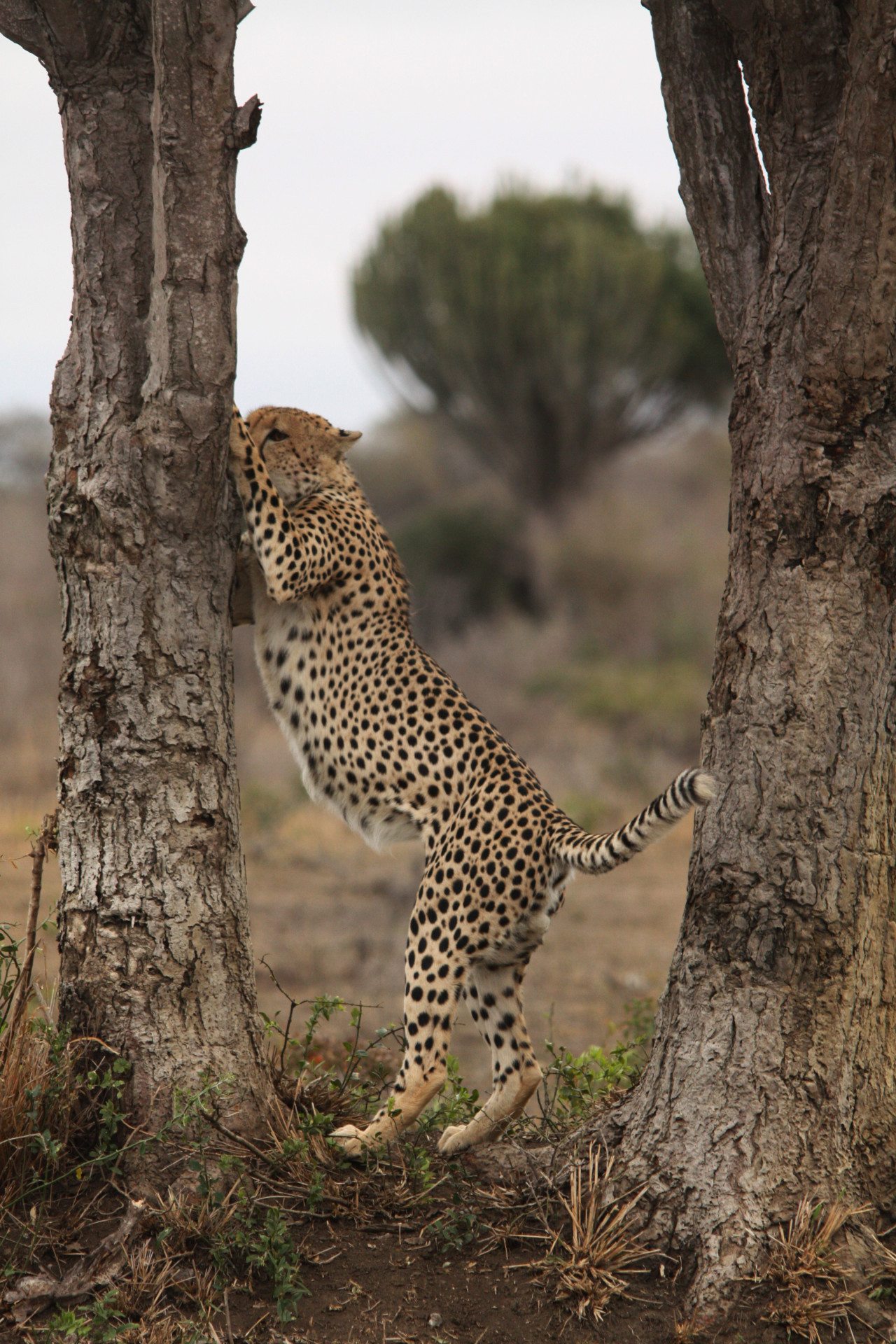 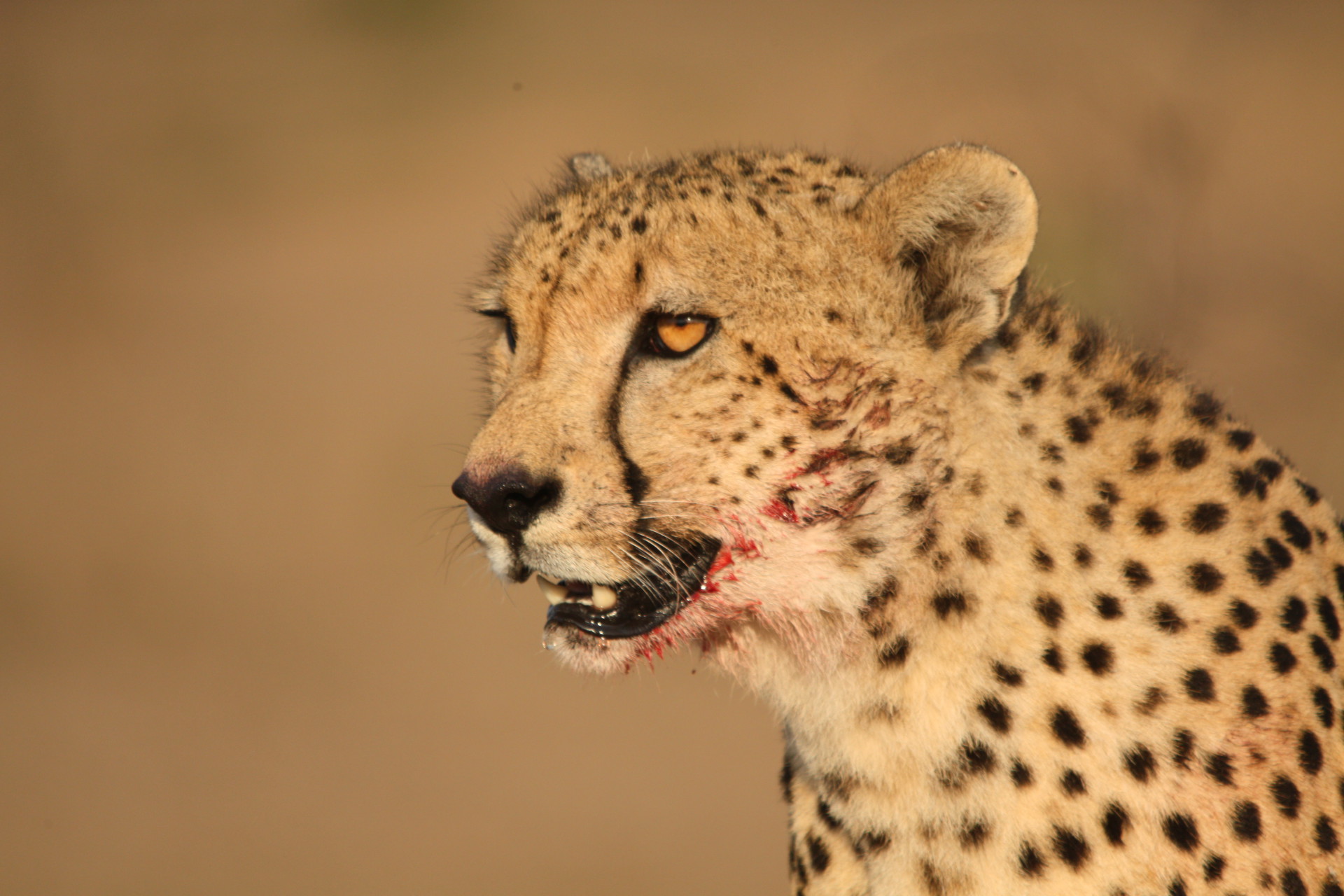 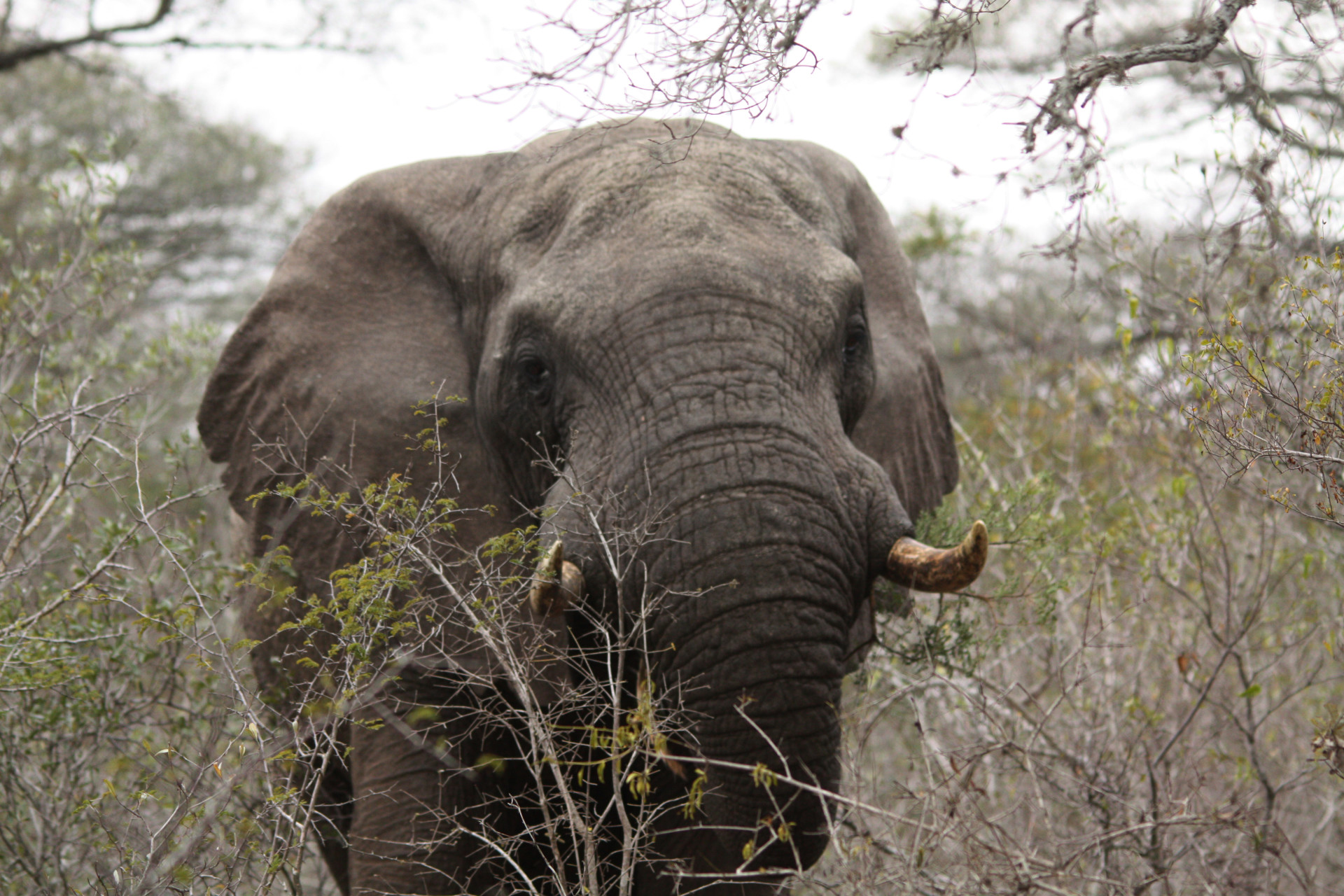 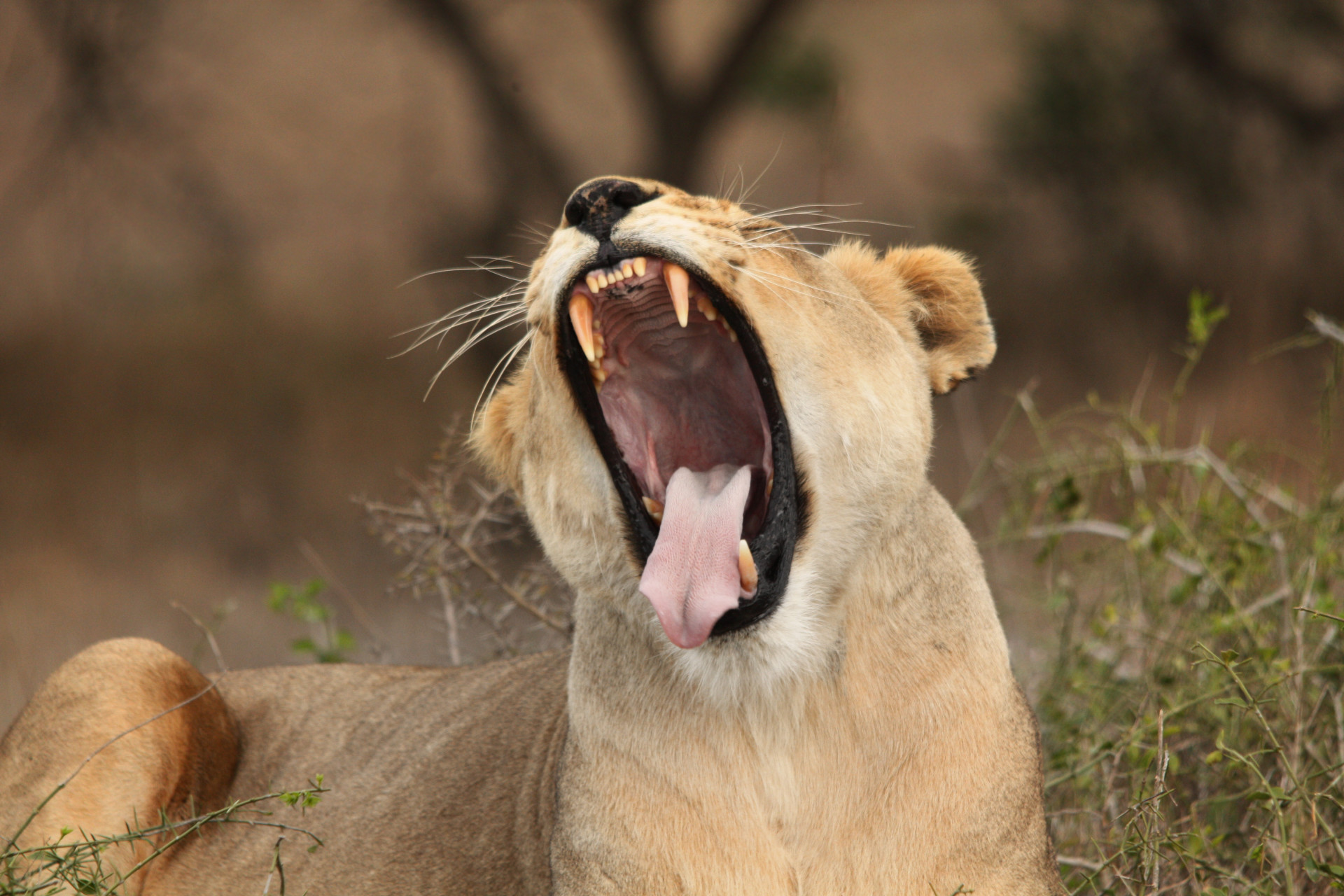 Different lodges in the Reserve cater for different guest profiles. I had always understood Mountain Lodge to be the one that caters for folk with children under 12, and it was with some disappointment that we had to contend with the behavior and noise of a number of children at Forest Lodge who appeared to be younger than 12.

As memorable as our welcome was on arrival, our farewell was not – with the reception staff unable to properly cope with the departing guests, the reconciliation of their accounts and last minute curio shop purchases.

We were told that Phinda means “the return” and we would most certainly do so again if we had the chance. Andbeyond run excellent community outreach programs and it is gratifying to know that in supporting them you are also contributing in a small part to their social and ecological initiatives. As a South African, this does and indeed should count. 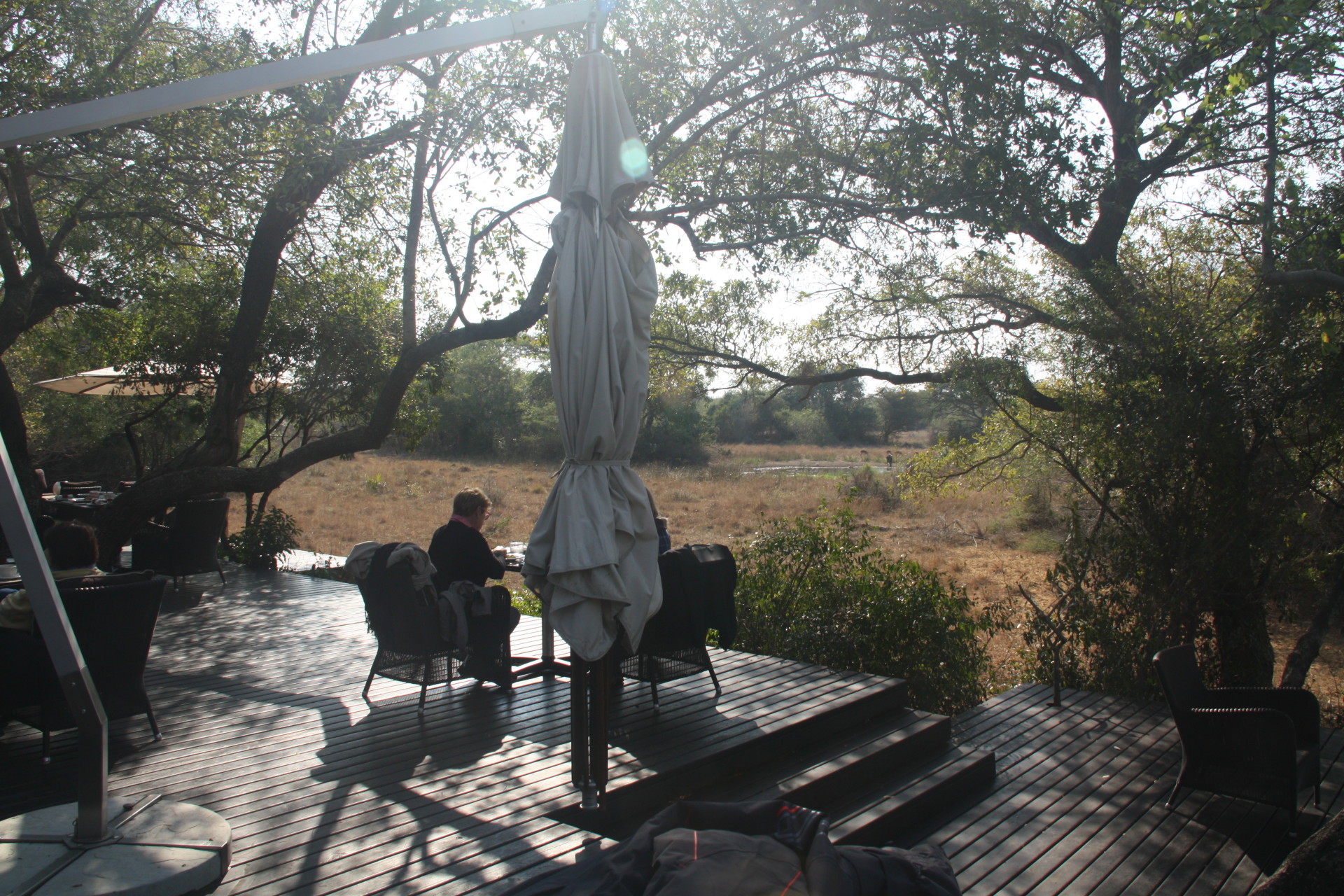 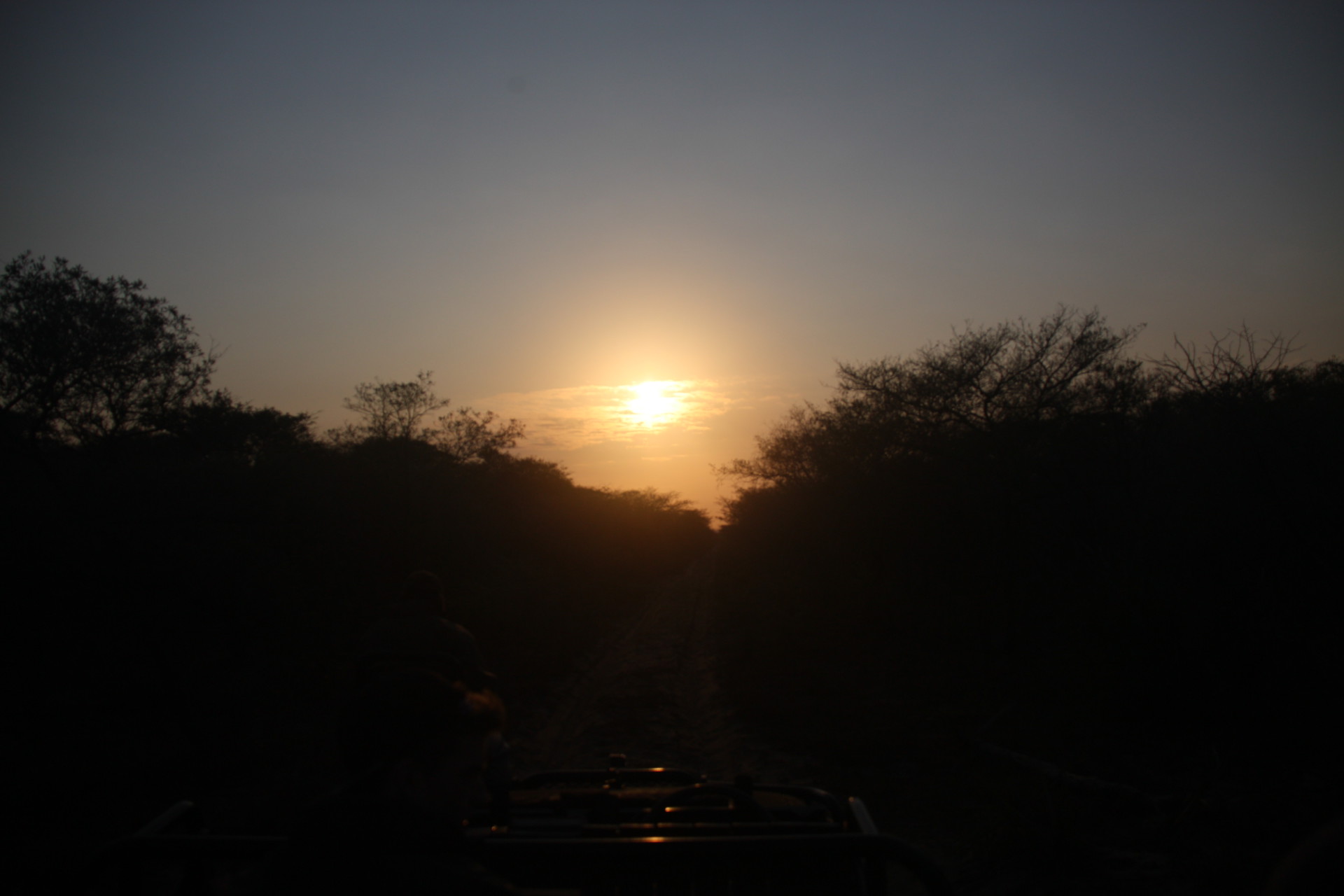 Other Lodges In Phinda Game Reserve

Other lodges in the Phinda Reserve include, Mountain Lodge, Rock Lodge, Vlei Lodge, Zuku Lodge, The Homestead and Getty Lodge